The issues continue to heat up in the response process to Twenty One Reasons to Reject Sola Scriptura. Today the focus is on the idea of fallible beings interpreting infallible information. Argument #5 of the article states,

“Scripture itself states that it is insufficient of itself as a teacher, but rather needs an interpreter.”

(Much of the beginning of this section in the article deals with the Material Sufficiency view of Scripture. That was discussed at length in this blog. Appeal to that blog for the inconsistencies with that particular view of Scripture and how it relates to Catholic Tradition.)

The doctrine of Sola Scriptura does not teach that the Bible does not need to be interpreted by an interpreter. Every person who reads the Bible interprets it. Thus, there is always the need for an interpreter. The Bible teaches explicitly that God gave His church teachers and pastors for the purpose of equipping the Saints (Ephesians 4). Thus, the Bible itself calls on Christians to submit to particular interpreters. Thus, this argument really holds no water. The issue is whether or not there exists, and needs to exist, a separate, infallible authority. To say “the Bible is interpreted, therefore there is an infallible interpreter”, is a leap of logic, and most importantly, not a biblical teaching.

For example, Jesus held the Sadducees accountable for

knowing what the Scriptures said (Matthew 23:31). Clearly, Rome
does not believe
the Sadducees
or the Pharisees
were infallible.
Yet, Jesus held
them accountable
to proper interpretation. And, most importantly, the Pharisees and Sadducees did not have an infallible church to appeal to, yet Jesus still held them accountable to proper interpretations. Thus, it is simply contrary to Biblical testimony to believe that because the Bible needs to be interpreted, there exists an infallible interpreter.

This leap of logic also leads (as has been addressed) to further philosophical problems. It doesn’t answer the very problem it created. Once the idea is created that “because the Scriptures need to be interpreted”, even though they’re infallible and authoritative, “Christians need an infallible interpreter”,  then the question becomes, why doesn’t Rome?

Thus, yet again, Roman arguments provide an incidental disparaging of Scripture. Rome claims the Bible and the Church are both God’s authority, and even tries to claim the church serves the Bible. Yet, in practice, they disparage the Bible. Catholics believe Rome to be completely self-sufficient to teach and be understood, without an interpreter, and the Bible cannot, even though it carries the very same nature. That’s inconsistent. Rome needs to provide the external authority for interpreting the church (and then endlessly provide the infinite chain for all the other authorities that follow).

In order to justify this claim, the article does damage to a couple of biblical texts. The last text it refers to makes the ever so common Roman Catholic mistake of misunderstanding Peter’s words in 2 Peter 1:20,

“knowing this first of all, that no prophecy of Scripture comes from someone’s own interpretation.”

Peters, in his article, interprets this as saying that no one is allowed to apply their personal interpretation to prophesies.

“Here we see the Bible itself stating in no uncertain terms that its prophecies are not a matter for which the individual is to arrive at his own interpretation…St. Peter is obviously contrasting genuine, Apostolic teaching with false prophets and false teachers, and he makes reference to private interpretation as the pivotal point between the two. The clear implication is that private interpretation is one pathway whereby an individual turns from authentic teaching and begins to follow erroneous teaching (emphasis mine).”

However, the main issue is that contextually this is no where near what Peter explicitly says. Peter is referring to the nature of prophecy, not the way in which prophecy is dealt with. Read the entire passage of Peter’s experiencing of Jesus’ transfiguration in context: 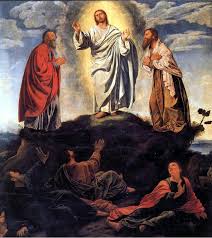 “For we did not follow cleverly devised myths when we made known to you the power and coming of our Lord Jesus Christ, but we were eyewitnesses of his majesty. For when he received honor and glory from God the Father, and the voice was borne to him by the Majestic Glory, ‘This is my beloved Son, with whom I am well pleased,’ we ourselves heard this very voice borne from heaven, for we were with him on the holy mountain. And we have the prophetic word more fully confirmed, to which you will do well to pay attention as to a lamp shining in a dark place, until the day dawns and the morning star rises in your hearts, knowing this first of all, that no prophecy of Scripture comes from someone’s own interpretation. For no prophecy was ever produced by the will of man, but men spoke from God as they were carried along by the Holy Spirit.”

First, Peter states his personal witness to to Jesus’ transfiguration. He says he didn’t just hear the oral tradition of this story, which could have been made up, but witnessed it personally.

Verse 19 is difficult to translate. It either means that this experience made the Old Testament prophets, which he already knew were true, more fully confirmed; or, Peter is saying the Old Testament (OT) was a more convincing witness to these events than even seeing them firsthand. For our purpose here, whichever preferred is irrelevant. The point is, Peter here introduces the OT. He is now going to speak about those prophets, and when he does, he tells Christians that we ought to listen to the prophets (in the Bible),

“And we have the prophetic word more fully confirmed, to which you will do well to pay attention..”.

This is the crux verse. Peter has told his audience (us) that they ought to listen to the Old Testament prophecies. Now he is going to tell his audience why. Why should anyone bother giving their time to those men? Why are the prophet’s opinions worth anything? Because,

“[N]o prophecy of Scripture comes from someone’s own interpretation. For no prophecy was ever produced by the will of man, but men spoke from God as they were carried along by the Holy Spirit.”

No prophecy of Scripture is of man’s interpretation. That is completely backwards from the exegesis provided by the article! The article is claiming the focus of this passage is the reader, when the focus is the nature of the prophets words! Peter here is clearly saying that the reason Christians ought to listen to the Prophets is because the Prophets words were not their own, they were not “produced by the will of man, but men spoke from God as they were carried along by the Holy Spirit.”

You should listen to the prophets (19). Why? Because you cannot trust your own private interpretations! (20)

You should listen to the prophets (19). Why? Because their prophecies are not their own interpretations of things (20), they are not produced by their human wills, but they are the product of God! (21).

The Catholic interpretation completely turns Peter’s argument on its head and even forces it to absurdity and self contradiction.

“certain things hard to be understood, which the unlearned and unstable wrest [distort], as they do also the other scriptures, to their own destruction.”

This has already been implicitly dealt with. As was stated, the recognition that people can and do distort tough Scriptures does not demand an infallible, external authority. The Pharisees themselves twisted Scripture, and Jesus held them accountable for that, not for neglecting the interpretation of a non-existent infallible interpreter.

Also notice, why doesn’t Peter, after saying this, then appeal to an infallible interpreter? This is Peter’s opportunity to tell his people what the article is telling us, how do you avoid this evil interpretations, appeal to Rome right? Shouldn’t Peter announce his Papacy and remind them of the infallible church? Instead Peter says in verse 17,

“You therefore, beloved, knowing this beforehand, take care that you are not carried away with the error of lawless people and lose your own stability.”

Peter says their knowledge of the very fact that some will twist the Scriptures is enough for them to rely on themselves, as Christians in a local church, to avoid falsehoods (take care that you are not carried away). Unless Rome wants to argue their is something in the phrase “take care” that actually means “call on Rome’s infallible interpretation”, it seems apparent that Peter trusts God’s people, within their local communities under teachers, who have the fully confirmed Scriptures (the very context of the passage), to avoid falsehoods.

Essentially this argument is driving to the finished form of the argument which is eventually made in objection #19,

“The Doctrine of Sola Scriptura Does Not Allow for a Final, Definitive Interpretation of any given Passage of Scripture.”

Much of this has already been dealt with, the two primary issues will be stated again.

Jesus held the Pharisees and the Sadducees accountable for correct, definitive understandings of Scripture, yet, never provided an infallible external authority for them to appeal to outside of the Scriptures.

The major problem with this philosophical argument is that it refutes itself. If one needs an external authority to know a definitive interpretation of a verse, then one needs an external authority to know which infallible church is the true church…definitively. How does Peters’ know Rome provides the definitive answers he seeks? He had to make a fallible, subjective, challengeable, personal, private interpretation of all churches claims, and he had to pick one. The very process he criticizes protestants for using when examining Scriptures, he used to examine churches. The article states,

“The Protestant, in reality, interprets the Bible from a standpoint of subjective opinion rather than objective truth.”

However, the Catholic, in reality, interprets the claims of Rome from a standpoint of a subjective opinion rather than objective truth. The Catholic has no more assurance or certainty of any particular passage because the Catholic’s decision to examine Rome’s claims and history and select it as their interpreter (over Rome, Salt Lake, Brooklyn, Mecca, Personal feelings, etc) was a private, fallible decision. Thus, Peters criticizes the Protestant because he cannot say “the buck stops here.”

The problem is, when the Catholic makes that claim, he can’t justify it.

One thought on “Interpreting the Interpreter (5, 19)”